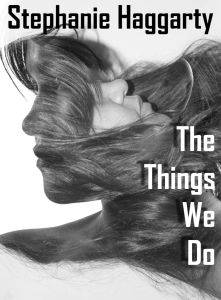 I’m currently in the 5th edit of this novella and the message of the story is starting to really come through (at least for me anyway). Not only that but the words become and became are starting to blur into each other.

I’m at a point where I’m only doing line edits. YAY!!! I think that after this edit I’ll get a few people to look at it and see what they find 🙂

I’ve done this before and a few have mentioned that they are interested in what happens to the main character, Lone, after the book ends. And I’m not really sure. I hadn’t really thought too much about a sequel, but I’ve got some ideas of what might follow. But it’s not enough for a story yet.

I’m not sure when this will be available, but I’m thinking of putting it on KDP select for the first 90 days and then Smashwords after that. I’m curious as to how it goes being on that platform will affect my sales.

Global traveller. Writer. Minimalist. I spent my first 25 years in Australia. Moved to Edinburgh for the next four and a half years and now reside in the Netherlands. In my spare time, I try to write whatever takes my fancy, and that involves YA, Sci-fi and fantasy. View all posts by stephaniehaggarty

2 thoughts on “5th edit of The Things We Do”