Unwittingly the town of Blue Bottle Bay held witness to the triennial migration of a family of Mira. A self-appointed term that describes the inhabitants of certain oceanic regions, like individuals in a country. To land dwellers they would simply be known as mermaids.

Because there are no records, it is not exactly known for how long or how many times the Mira have been migrating past this place. But their oral history indicates that it has been occurring since before the presence of land dwellers.

The initial attraction had been the bountiful coral reefs, followed by the rocky coastline and the isolation. Their migration routes regularly intersected with places like these. Whether they liked or not, Mira were not suited to a continuous life in open and deep waters. They were shallow water creatures that needed to live periods of their life on land. These migration stops were oases in a desolate world.

Before the arrival of land dwellers, Blue Bottle Bay was a paradise. Mira could come and go from the land without fear. But that is no more and there are too many chances of being seen. They can no longer afford to linger in the area. Their traditional lifestyle of vaulting from places living off the land and sea following the path created by their ancestors was becoming less viable.

To compensate they adjusted their habitation times at the other remaining places, ensuring that they kept to the rigid seasonal schedule. If they arrived too early or too late at certain places then they ran the risk of arriving during an infertile season. Furthermore, while Blue Bottle Bay was acceptable, it was not the best of places. It only had one cave for protection and even that was difficult to access. So now the Mira swim past the town out in the open sea.

It was during one of these migrations that Emaleah’s curiosity took her closer than she had ever been before. Myliah, her twin sister held her back.

I want to see them close up, Ema communicated in her and the rest of her family in their groups’ sign language. Their reluctance showed. She was still young, having only left the nursery island a hundred or so lunar cycles ago. They hadn’t anticipated that she would want to leave so soon.

But there comes a time for most Mira when they need to venture on land in search of a mate. But Myli didn’t want to accompany her sister and for the first time in their lives they were going to be apart from each other.

You’re younger than most, she signed, trying to dissuade Ema.

But not the youngest.

I don’t want you to leave.

Sorry Myli, but I want to go ashore.

Ema’s words stung. Her sister had never wanted to leave her before. But she couldn’t stop her. If she wanted to chase after mates then there was no stopping her.

Once again Ema was given all the warnings that she had ever heard throughout her life.

Don’t let them see your tail.

You must have your feet.

You must never tell them about us.

Be prepared to kill.

Ema didn’t think of herself as stupid, or cruel. If a land dweller found out what you were then, for the protection her kind, they had to be killed. It was a brutal tradition, but it had worked since The First Mira. While she felt that there was something wrong with this blanket rule, she knew of its importance. Without it they would not exist.

But it was obvious that there were times when this rule had not been carried out. Multiple land dweller societies had myths that involved sea creatures similar to them. It could not be a coincidence and it was a topic of contention for Mira everywhere. Sirens, a feared and respected faction of Mira society, held great enmity towards this idea. Ema swam towards the shore, facing upwards skirting along the sea bed. She felt like she was about to burst; she was going to see them. A dark foreign shape glided overhead. Ema looked at it intently. Land dweller legs and feet dangled down from it. This is it.

When her head broke through the water she saw a young man on a surfboard swimming away from her, heading towards the incoming waves. Ema watched him stand up on his surfboard and then ride the wave.

It’s a surfer, she thought, male land dwellers that ride waves and water. Her family had told her in particular about these ones. When she was just a child her grandmothers had made her and Myli giggle at what they said. ‘They’re good for breeding. They strong sires for your children. If you ever come across a great water rider try not to let him get away.’

Ema wondered if her family could handle another child. She was old enough to produce one. But migrations were time and energy consuming, and there were fewer and fewer places for them to reside in. And she had to time it right too; it was dangerous to give birth in open water.

Ema saw that the now resting surfer was drifting away from her. She swam towards him and perched herself on the board. She sank it further into the water. The young man turned around looking confused.

The young man looked to be about seventeen or eighteen. Ema stared at his body; all the muscles were in all the right places. He had an average looking face and his brownish hair was bleached by the sun. Ema smiled. His hazel eyes were wide; he then looked towards the shore.

‘You swam all the way out here?’ he asked disbelievingly.

‘What other way could I get here,’ Ema replied coyly.

‘Are you naked?’ he asked with even more disbelief. He could not see her wearing a bikini top. Not even one of those strapless ones. ‘What need do I have of clothes, they only hinder me.’

His mouth was agape; he couldn’t believe what he was seeing or hearing. Ema saw this as a good sign; it meant that she had his attention.

‘I was watching you on the waves. You’re pretty good. I’d like to get to know you more.’

The young man was still speechless. He couldn’t believe what was before him. And he had never come across a girl so forward before.

‘My name’s Emaleah, but Ema for short, what’s yours?’ she asked him.

‘Yeah,’ Darryl said before he could stop himself.

‘Well, meet me at that lagoon tomorrow at noon, I’ll be waiting for you.’ Ema said before disappearing underwater.

Darryl couldn’t believe what he just saw. This girl was out of this world. She wasn’t too bad looking either. Though her chest looked almost non-existent. She looked like she was about his age as well. Her face was mature yet youthful. From his brief encounter Ema looked like that she might be a bit on the short side. Also he didn’t like boy hair on women, but he wasn’t about to complain. She was the first girl to ever be so forward with him. Well apart from Robyn, but she had that aggressive streak that worried him. Why couldn’t other girls be more like this one? 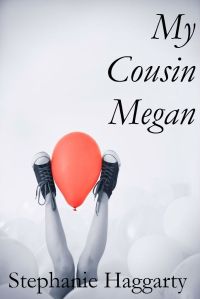 My books are 25% off this July at Smashwords 🙂 This month is also my first month of doing a promotional so I’ll see how this one goes 🙂 Wish me luck and check out my books.

So I uploaded my first novel Feet or Fins to Smashwords a week or so ago, but I keep getting formatting errors. First to do with the fact that I had change the 2010 word doc down to the 97-2003 version, but now for the last 3/4 times it has been to do with chapter bookmarks in the table of contents. It is so frustrating and I hope I finally got it right.

I put up the book for pre-release because I haven’t got my ITIN yet as I only got around to getting everything in order for it two-ish weeks ago. So I’m expecting it to come in the mail this month or so. It better coz I spent $60 for a US embassy passport certification too. So once I get it in the mail I’m going to submit the W-8ben straight away. Getting an ITIN has been such an issue to me, but I think it is finally over 🙂 It’s going to make every thing so much easier from now on.

Little bit of an update. I finally got around to starting the 10th edit of Feet or Fins. I’m in that stage where I’m burnt out from spending so much time on it, while I also want to get it done and dusted.

I can’t wait for it to be over because I want to move onto other stories. Also, even at this late stage, I’m thinking of changing one of my character’s names. I’m finding that there are quite a few little mistakes too. I’ve missed a word or I’ve put a similar sounding word in place of the correct one. Most of my edits are small and it’s only grammar and punctuation etc.

I came across an article called ‘How To Self-Publish A Bestseller: Publishing 3.0‘ by James Altucher. It talked about his recent success with his latest book ‘Choose Yourself‘, but that is not what I was mainly interested in. What I was interested in was that he mentioned today’s publishing isn’t divided between self-published and traditionally published books anymore, but divided between professional and unprofessional.

It got me thinking at how the industry has changed in recent times. While I’ve only recently come into it (last couple of years) I have not had the opinion that self-published books hold the stigma that seemed to come with self publishing simply because I entered at a time when there are good quality self-published stories that can be accessed by a large amount of people.

In the past people had the idea that the way a book was published dictated the actual narrative quality inside. But any person who reads a lot of books will come across traditionally published books and think ‘how did this piece of shit get published?’

I know I have.

It amazes me that such poorly written/expressed/edited or just plain terrible stories ever make it past the first round in a publishing house. Did everyone involved have a brain aneurysm or something? Come one guys! You have access to more resources than a single individual, and yet you somehow end up with dribble.

Overall people now look at the quality of something, not where it came from.