I made myself the goal of self-publishing twice this year and I have 🙂 My novella The Dragon’s Mate came out in August and the novelette Matt and Rose dropped only a few days ago. Both are a $1.99 and are available through Amazon and Smashwords plus their networks.

I was worrying about not having Matt and Rose out in time because I seem to be going through a writing/editing slump despite having ample content to produce.

Next year I want to release three stories of any size. I think I can definitely get two out, but I should aim for the stars shouldn’t I.

Since March I have all the time in the day to write. For the most part I have spent my time equal parts writing, moaning about not writing, and wondering why my organic self cannot work like a machine. However it has not been a complete waste like I infer. These are the things I have done during quarantine;

My first attempt at buying a pre-made book cover has been a great experience. I wasn’t intending to buy one but as I was looking at covers for inspiration; I came across the one I wanted. The moment I saw it, I knew I had to get it.

I found this one by simply searching for pre-made book covers and found the website The Book Designer. I searched for witches and boom. This one came up I think on the first or second page. The text was not the same but damn the picture spoke to me. I paid US$95, which worked out to around £75 and I got it done in under 48 hours. I’m very satisfied with how everything went and I will do it again with either the same website or a different one.

Currently, I’m looking at shorter works that I can polish up while I’m in a bit of a writing slump. There is this one group of short prequel stories that belong to a story I haven’t written yet. That’s three years old now and I’m starting to panic. The days are passing by, and I’m not as successful as I want to be. I am also moving to the Netherlands in about two months and the stress is getting to me.

The most current things I’m rotating between are;

I don’t think I’ll have any stories ready for publication for at least 12 months. That worries me because I wanted to have more done by now. I’m almost 30 and with not much to show for it. I know when I move I will have some time off and hopefully, I’ll use it to my full advantage.

Feet or Fins was first published four years ago. It entered the world quietly because I didn’t market it and that was a good thing because of how bad it was written. I had to have a friend point it out to me and I went back and was like, ‘Yeah, your right. Good thing no one bought it.’

That was my first foray into the self-publishing world and boy was I glad no one noticed. I did like 14/15 drafts of that book and it still wasn’t good enough 😦 But the next draft was immensely better. Thank you, friend.

For the longest time, it was only on Smashwords and then I got over the idea that Amazon was somehow lesser because it was a global corporation and knew that it would help me if I joined. Then I used the site to create a paperback version. By this stage, I had created a second cover image and when I finally got around to ordering a physical copy for myself I saw a few formatting issues. I used asterisks to separate some scenes instead and a few of them were out of place. Recently I updated my cover image again! I think this one is a lot nicer, and it features two mermaids. 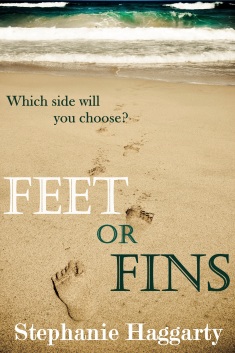 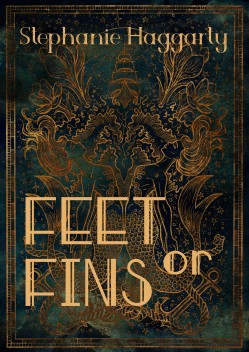